This Bathroom Installation Shinfield, Reading, was our opportunity to work with an existing client who had recently relocated to the country. Having used our services in London’s past properties, she was insistent on using our services again, even to the point of offering accommodation to our fitters during the installation due to distance from our home base.

The house itself whilst being a period reproduction house, suffered from the awful modern-day builder’s curse of a bathroom with no storage and plenty of tiled ductwork covering up surfaces, which resulted in deplorable use of the space available.

All existing service ducts were removed and reconfigured where possible, a run of Montrose Caledonian Fir fitted bathroom furniture was installed along the long window wall where there was once a pointless tiled duct. Montrose units were finished off with Samsung Radianz Ural Grey composite quartz worktop coupled with Montrose sanitary wear. Luxury finishing touches were achieved with LED plinth lights and under/over cabinet lighting by Sensio.

One of the other bathrooms in the property benefitted from having a bath, so our brief focused on providing the client with a spacious walk-in shower area. Due to site conditions, the shower tray could not be placed directly onto the floor. However, as you can see from our pictures, a neat alternative solution was created. The finished item using a TM25 low profile shower tray and 2020 Vision 10mm toughened glass panels fulfilled the brief.

The thermostatic shower mixer and basin monobloc mixer were provided by Ideal Standard together with an Eastbrook Chrome ladder towel rail working both off of the conventional heating system and an additional summer electrical heating element programmed via a 7-day timer. That extra luxury feeling was added to installing a WarmUp DCM Pro electrical underfloor heating system, once again all programmed via a touch screen LED programmer.

The client was so pleased with the end result of the above works that we have since been tasked with refurbishing the other two bathrooms in the property. This is a testament to both our workmanship and quality of service delivered by our team. 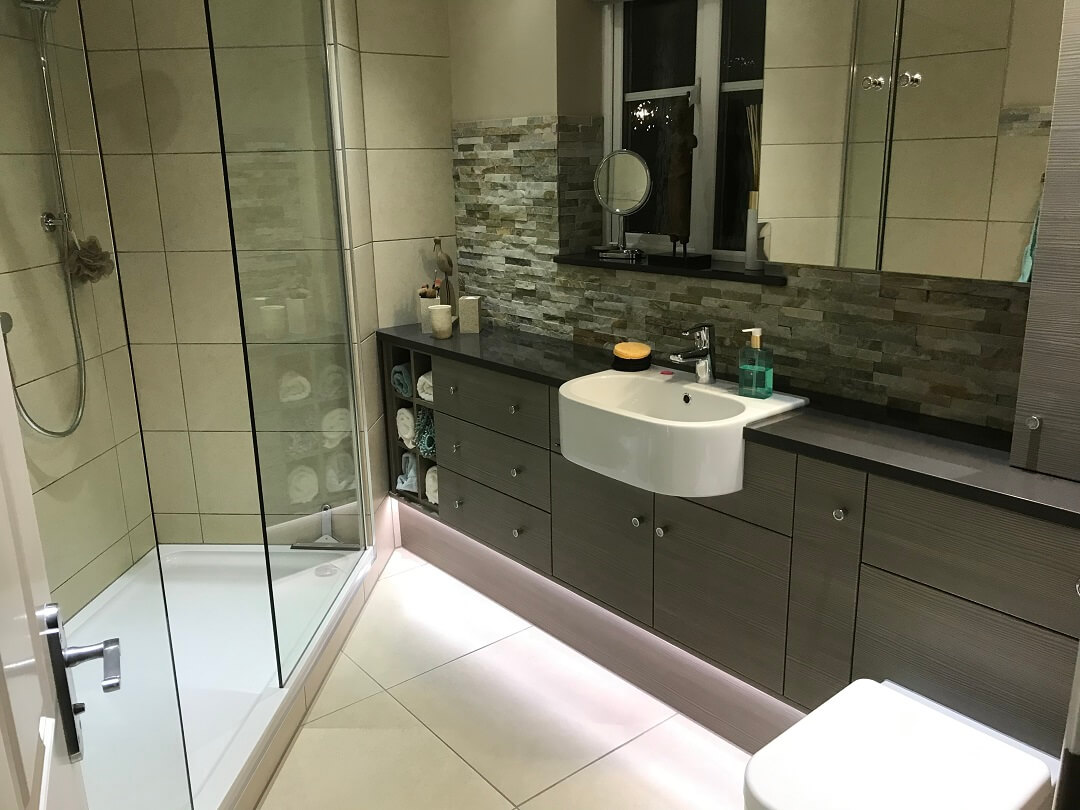 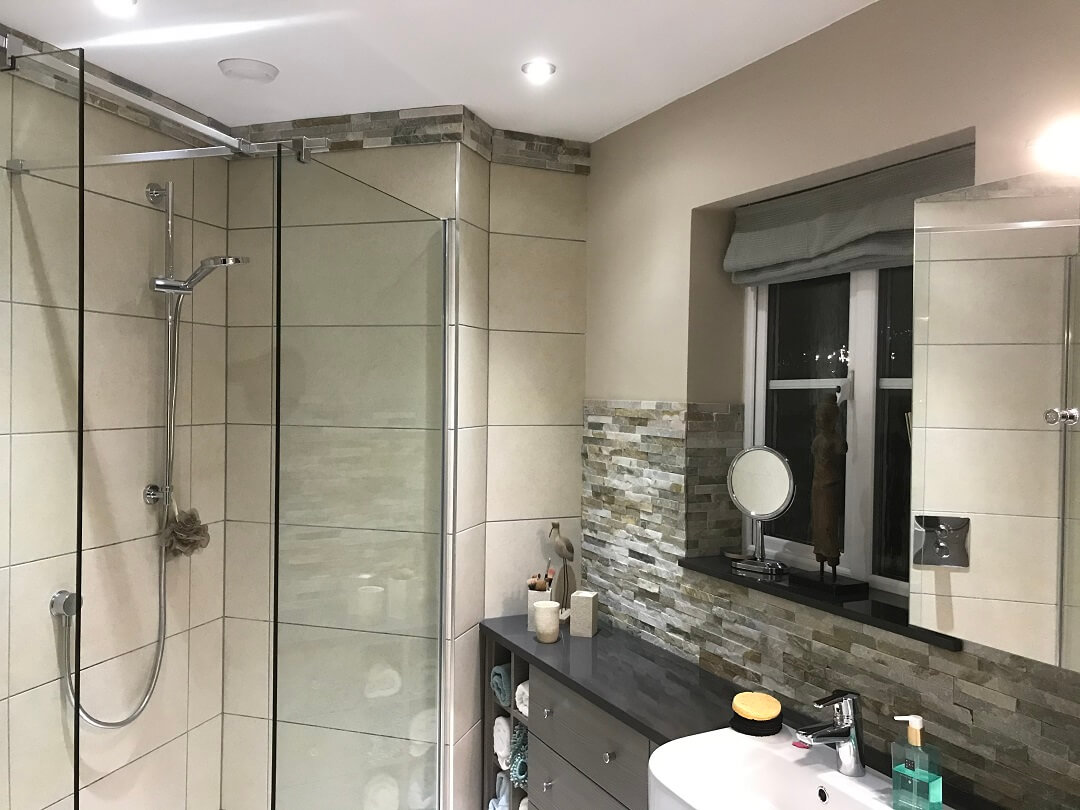 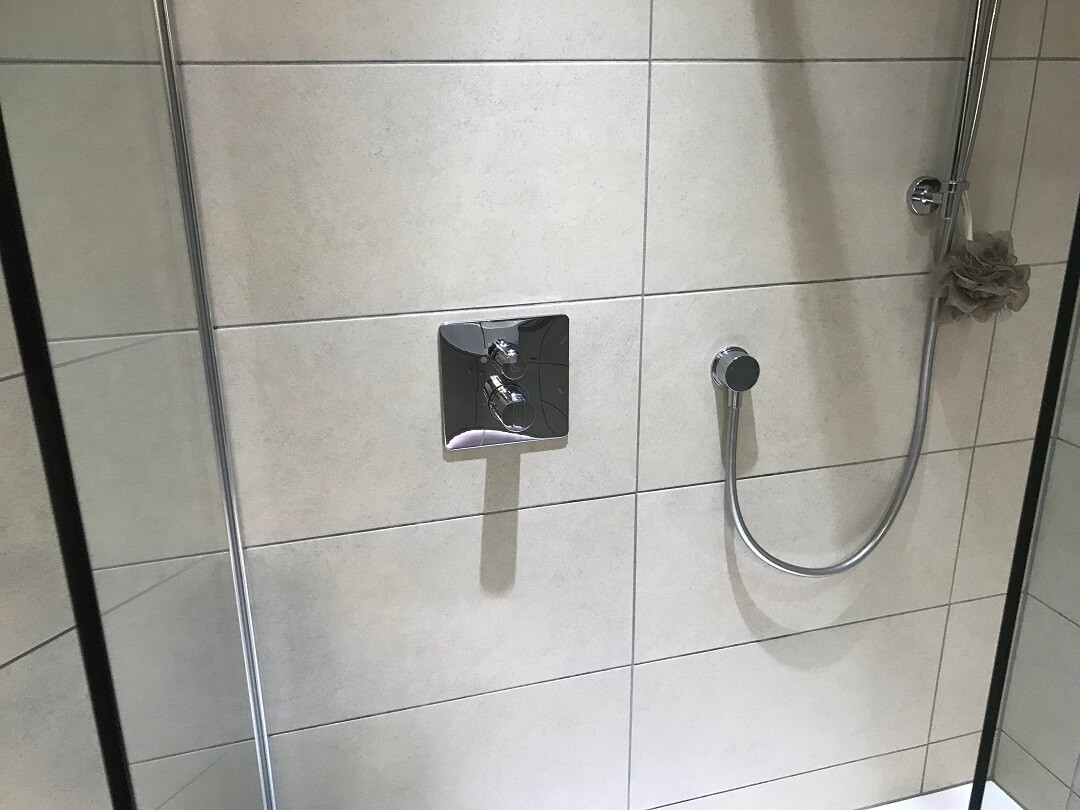 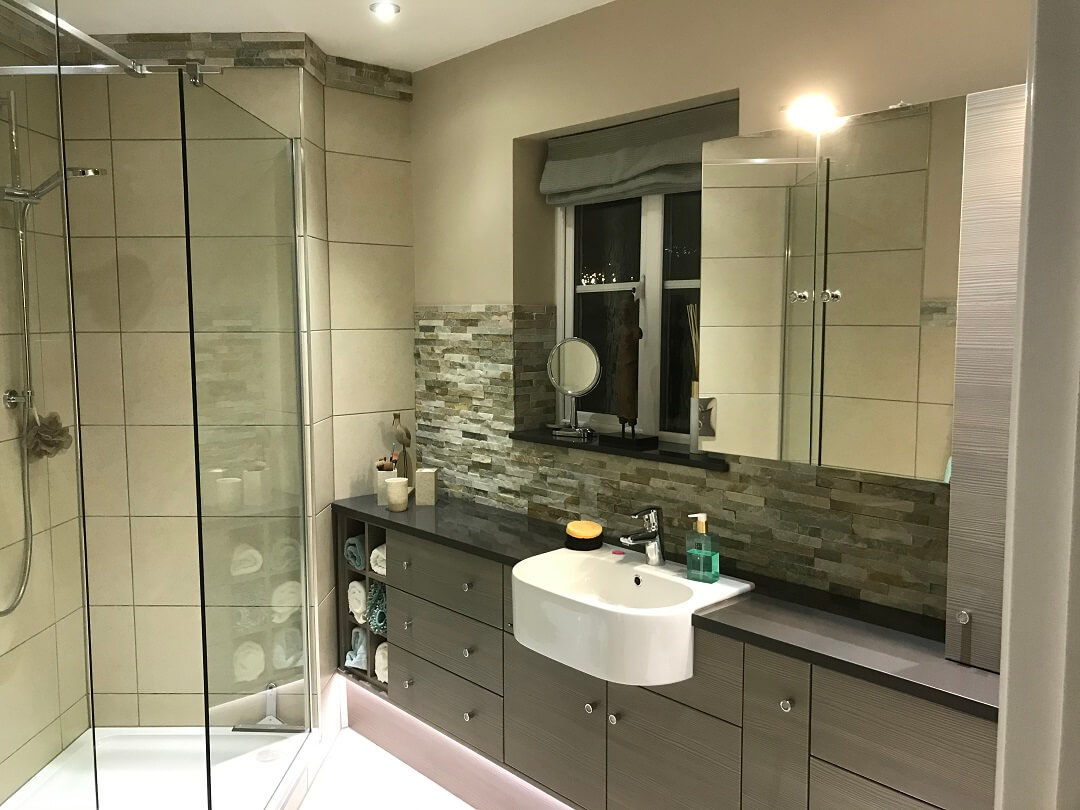 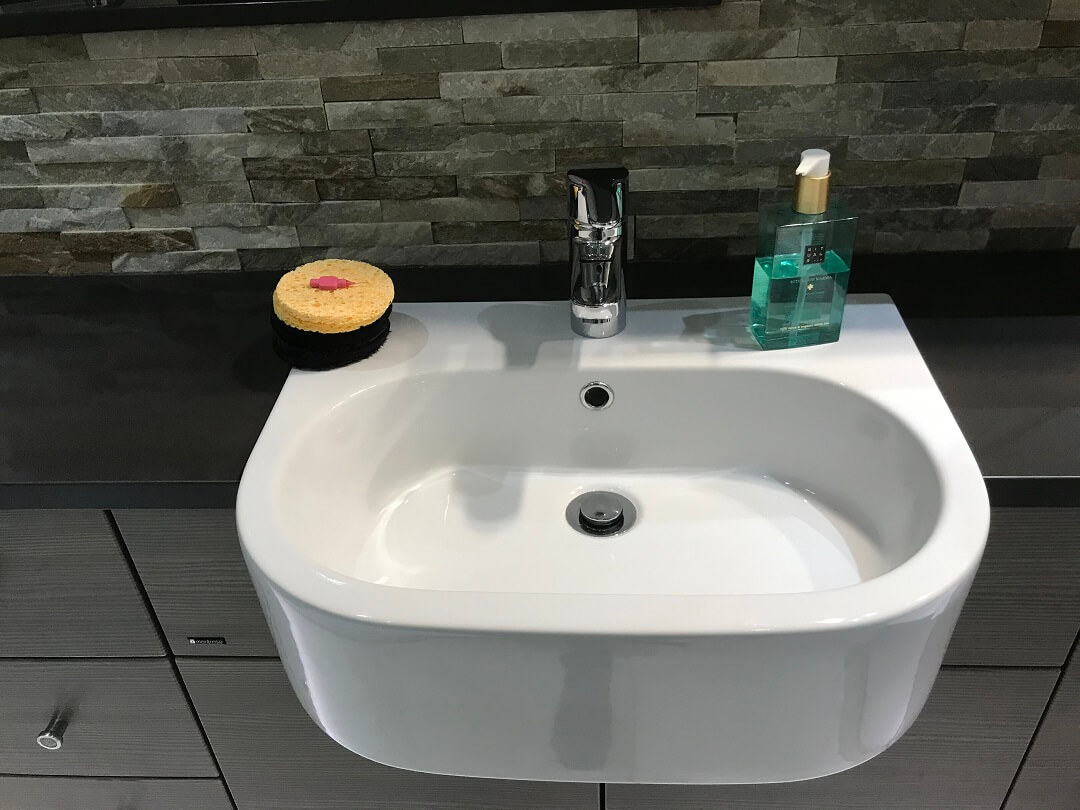 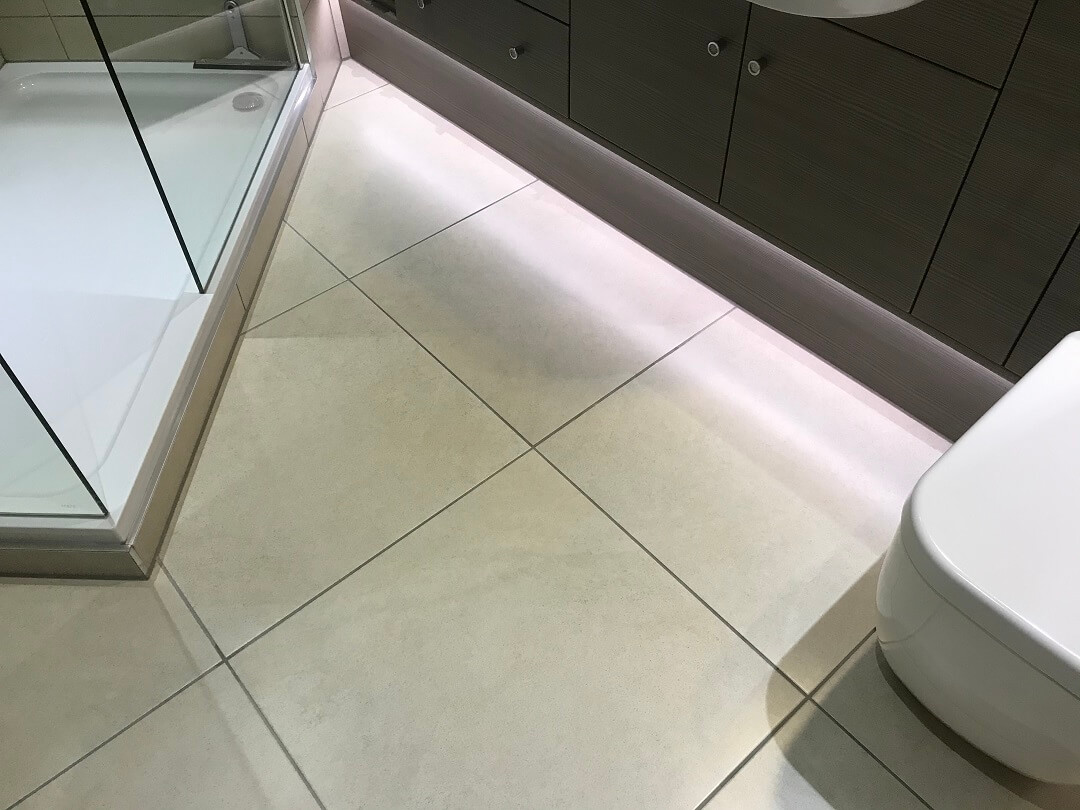 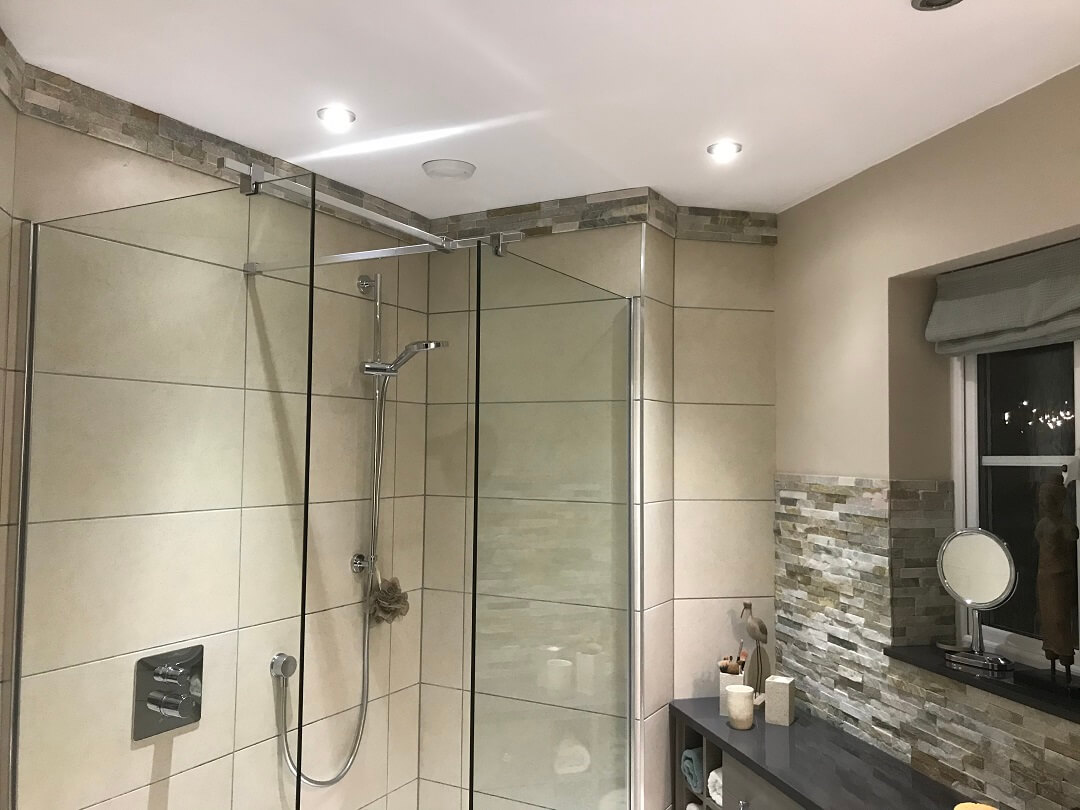 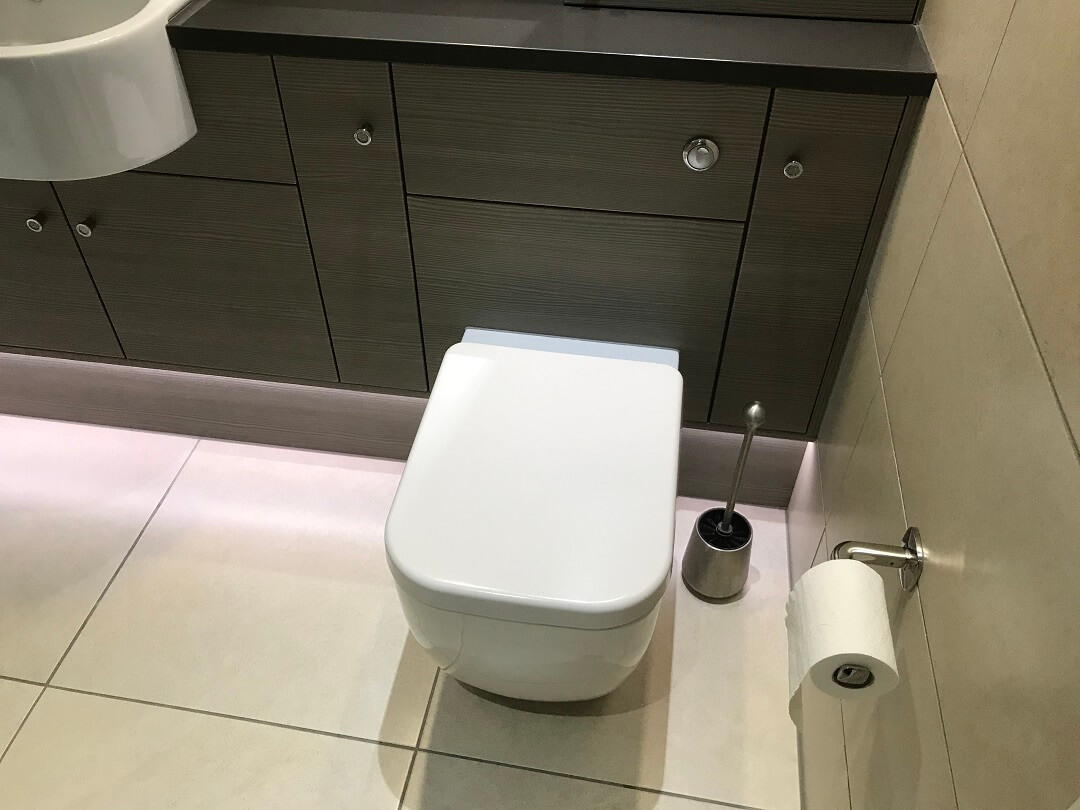 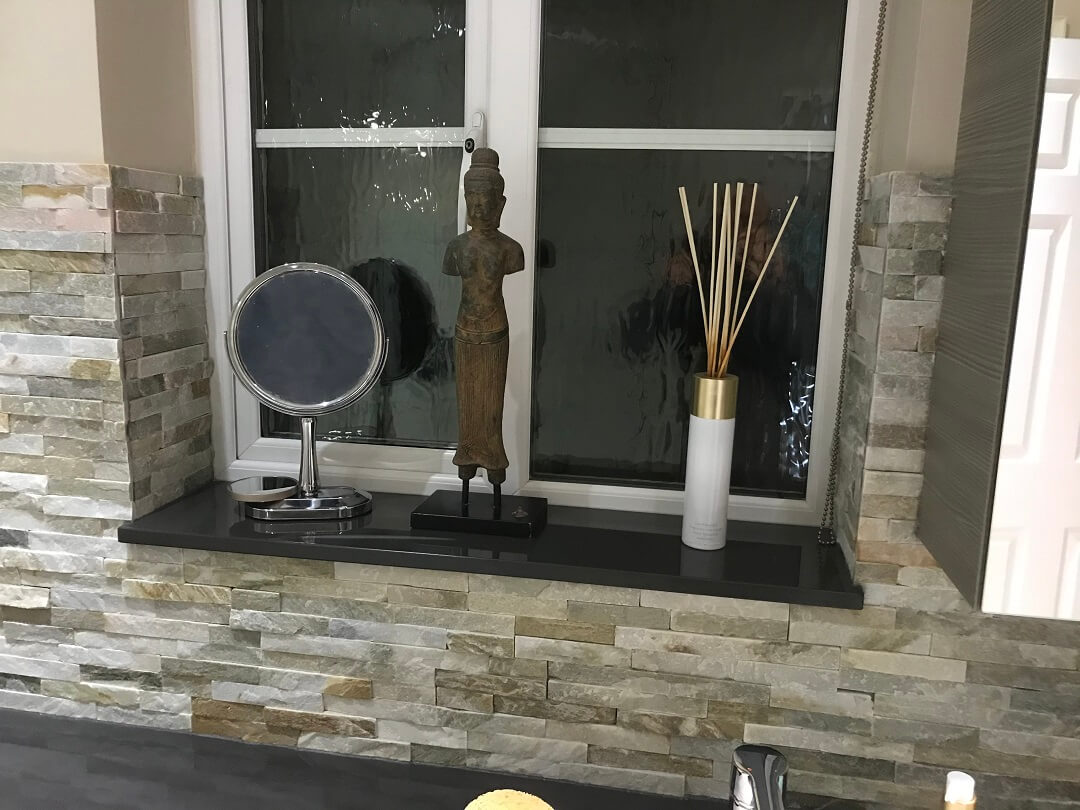 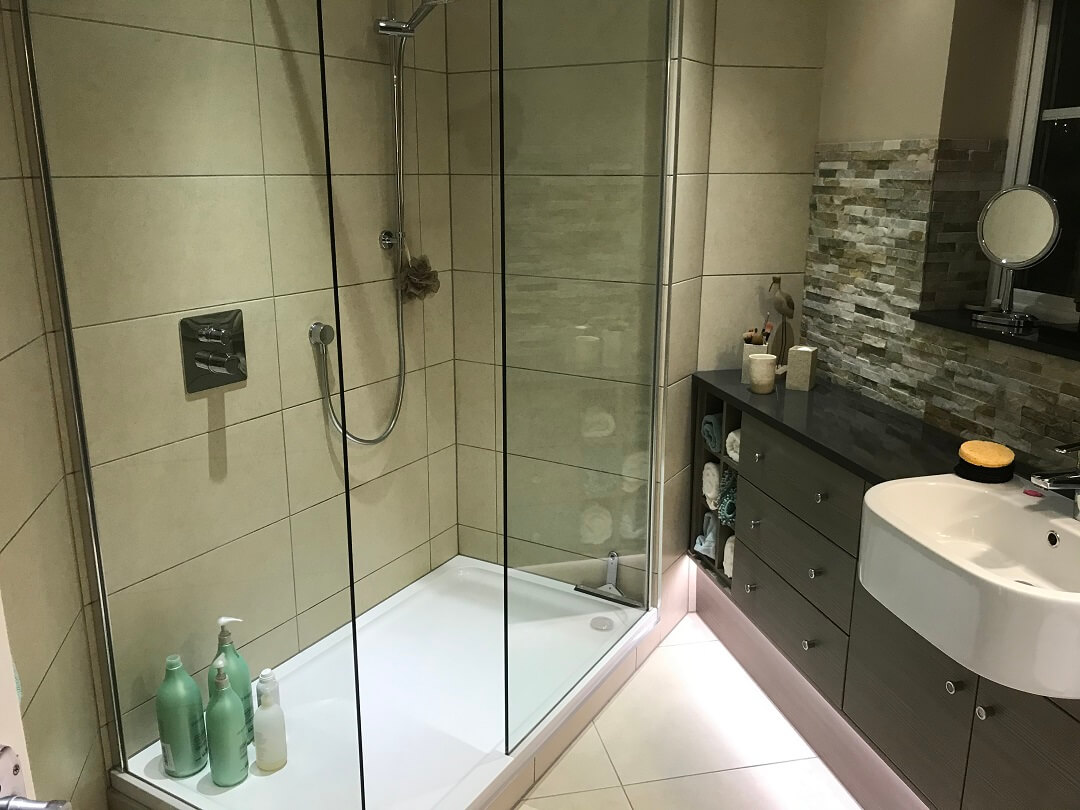 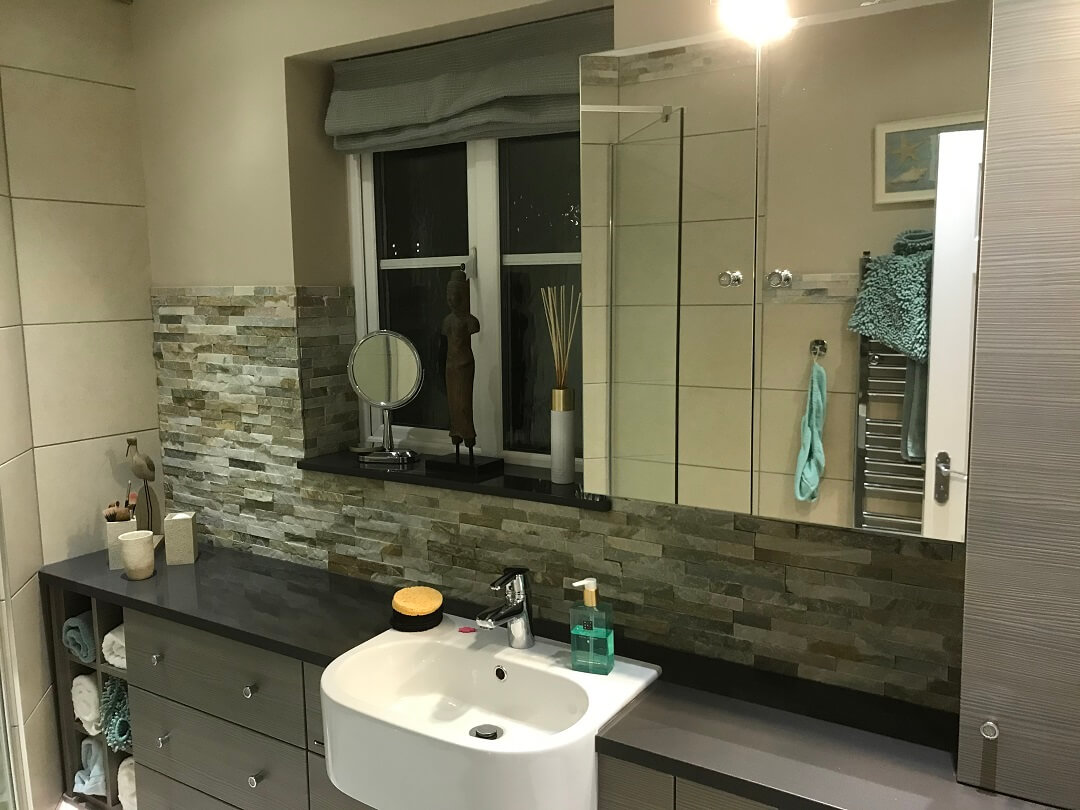 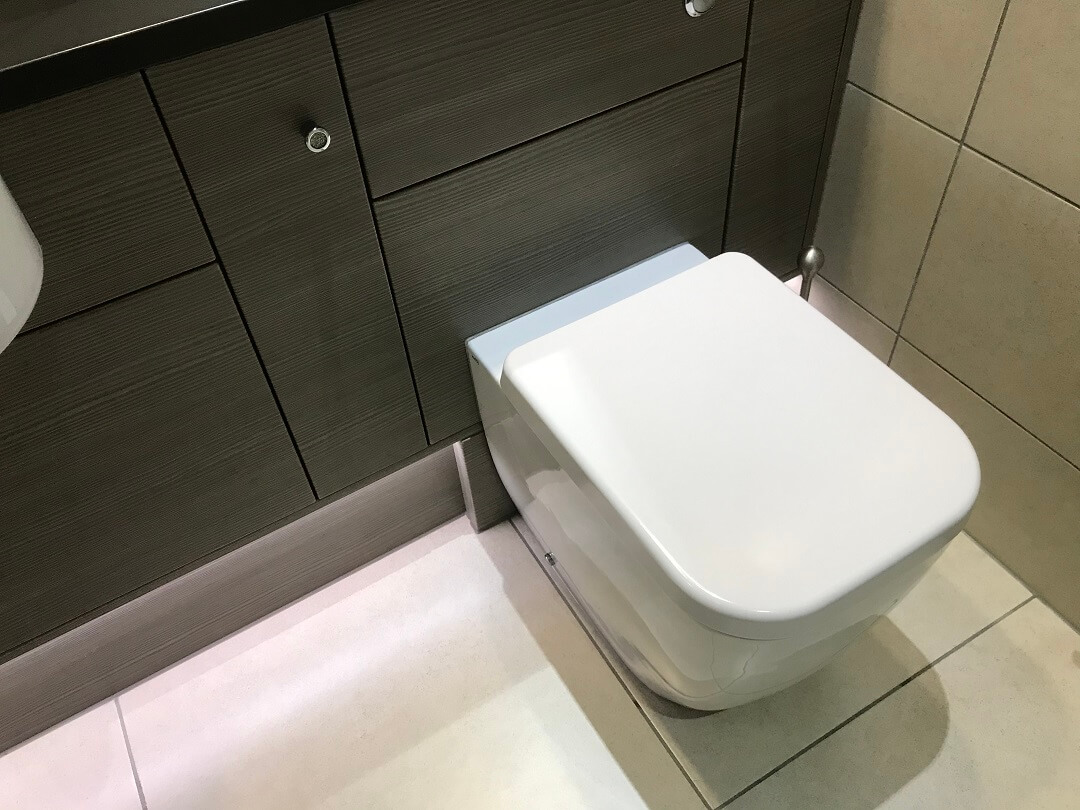 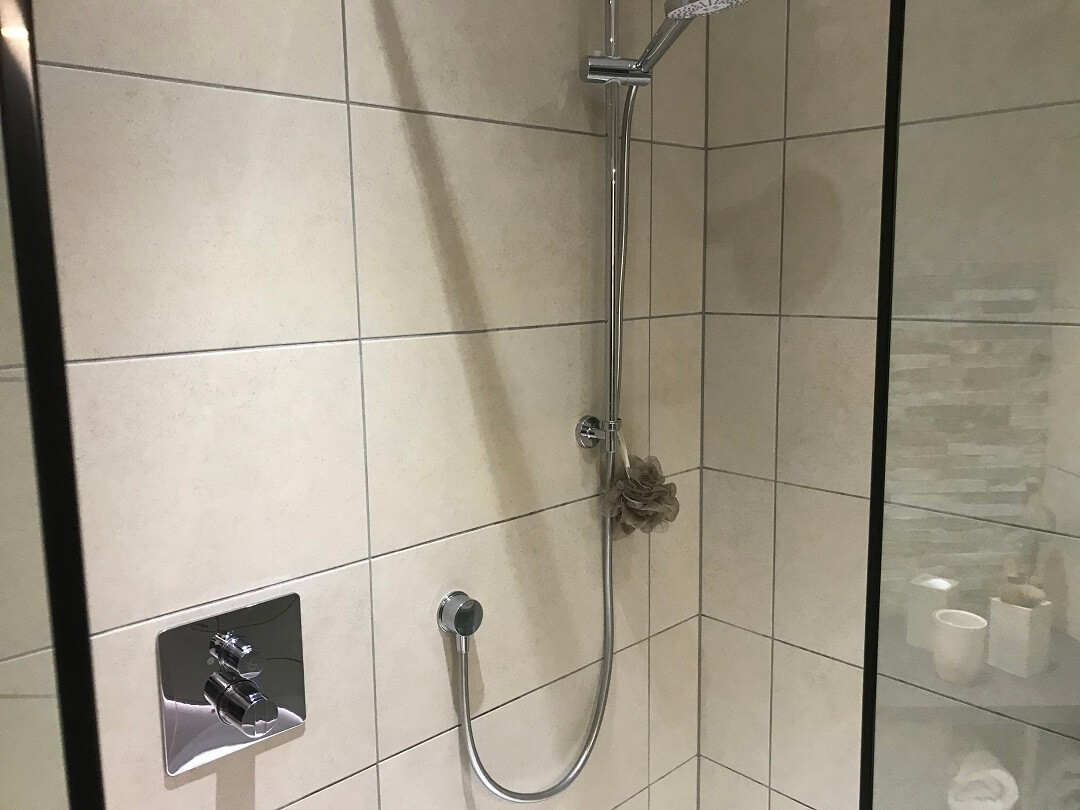 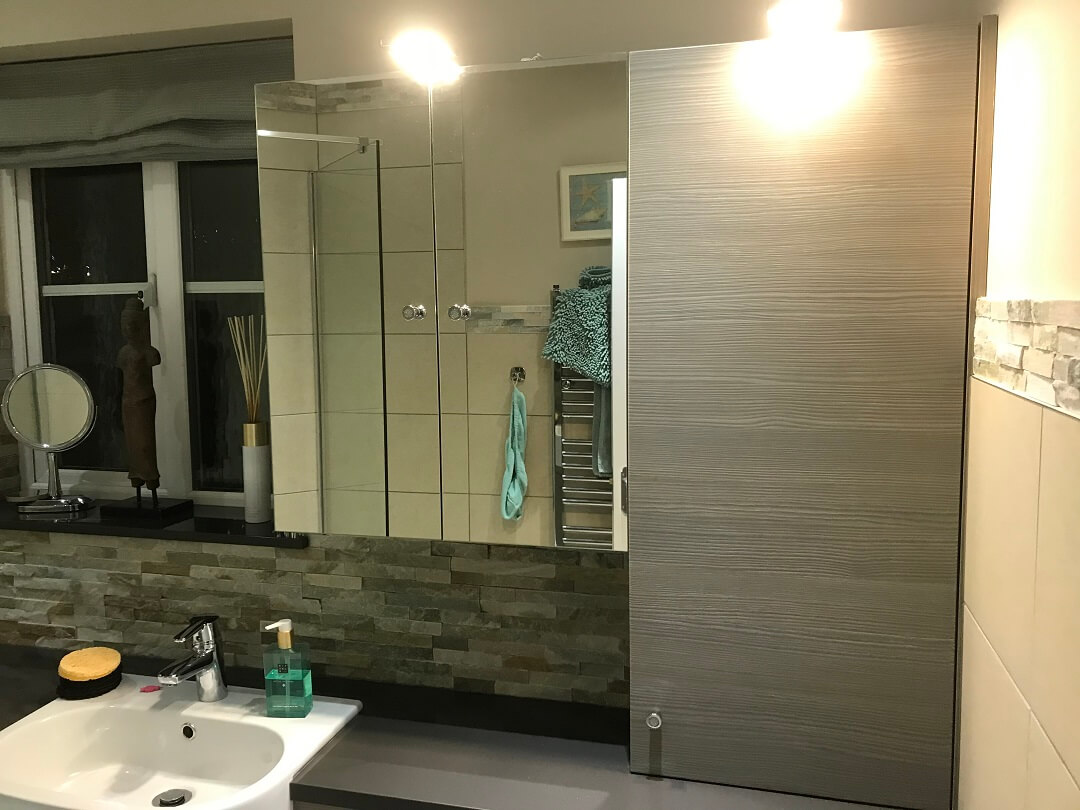 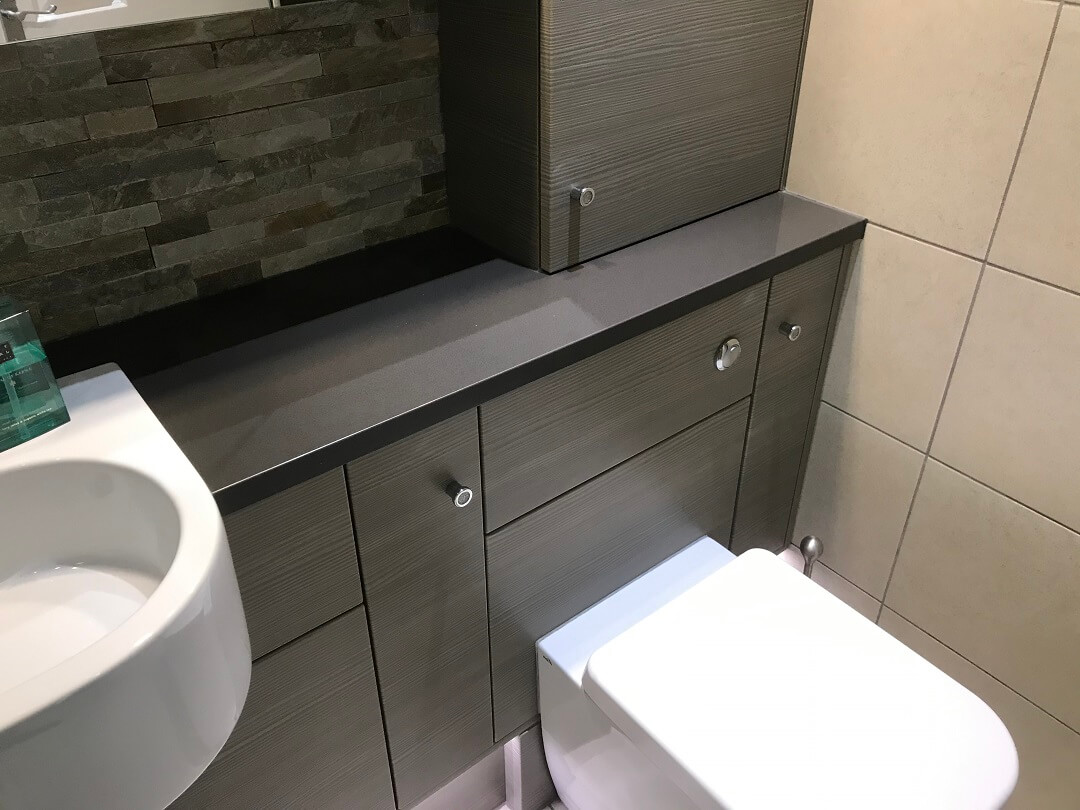